When this happens it will be good to get back to Blacka. Spring is such a marvellous time.

http://blog.petercairnsphotography.com/2015/06/control-and-contradictions/
Posted by Neil at 8:36 am No comments: 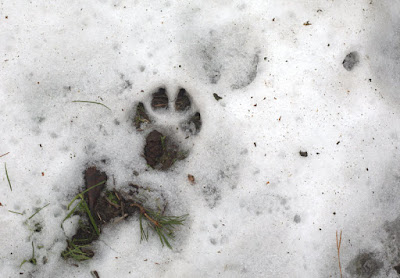 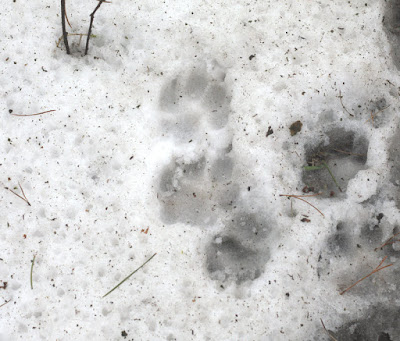 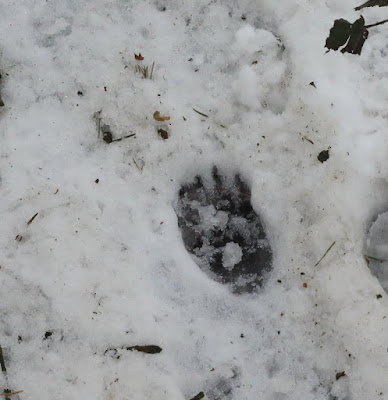 This is about Scotland but most of what it says is relevant to the rest of the UK, and given the scandals of wildlife persecution and inept National Park management also to the Peak District.

That seems to be the attitude of many people. Or it was until very recently. Wildlife Trusts are charities as are the RSPB and the National Trust, all deeply involved in the local land management.
I'm not suggesting there's a culture within the management of any of these charitees similar to what's been exposed at Oxfam and others in the aid sector. But they have one very important thing in common, and it's very relevant to what this blog has been complaining about for years - with little evidence anyone's listening:

None of these charities is governed openly with full and transparent accountability sufficient to encourage proper public scrutiny of their activities.

That is what  allows a culture to develop that can lead to abuse. The particular abuse may have no similarity to the abuse of women that has been uncovered in the aid organisations. It may be in the way they deal with the public. At times these charities or their senior employees may adopt a posture of being above criticism. And there are lots of trusting people among the general public who are uncritical enough to go along with that.

Things are not made any better when those charities are put in a position of being answerable to organisations such as Sheffield City Council which are themselves seriously deficient in those very areas of transparency, accountability and public scrutiny.

The penny implied is Penny Anderson, she of Penny Anderson Associates. Those who hear "Tweet of the Day" on BBC Radio 4 at 5,58 am weekdays and 8.58 Sundays may not have been surprised to hear her chosen bird was the red grouse.She will have been keen to choose this because it was actually broadcast twice, making sure the message got across.

Why? Because the managing of the moors to encourage the breeding of a superfluity of red grouse has been increasingly under attack recently. And Penny Anderson has been for many years linked to heathland management in the Peak District. 30 years or so ago she produced a report on Blacka Moor which is like a millstone round its neck, something that prevents local jobsworths from looking beyond intrusive management.

The red grouse and its heathland habitat is a good earner for several interests. First the grouse moor owners and their wealthy shooting patrons mostly from the City of London. But also anyone associated with the management of the moors which means keeping it in a condition just right for grouse: that means burning and sheep grazing.

Usually when the question comes up "what do we do about this land?" the various outfits involved decide to pay a handsome fee to Penny Anderson for an 'environmental assessment' or similar. This then gets used to justify the preferred scheme of management. That invariably means keeping the moors treeless and grazing with sheep or in some cases cattle, or both. That's the start of a steady income from farm grants.

No wonder the red grouse is Penny Anderson's favourite bird. And on Tweet of the Day she waxed lyrical in its promotion. But those of us who would like the uplands of Britain to have more trees and fewer red grouse will have our own view on her mournful statement that grouse numbers are in decline. Tell that to those who love to spend their leisure time shooting them.
Posted by Neil at 9:58 pm No comments:

No matter how bad you feel about the damage being done to this site it's hard to resist a surge of optimism when entering the largely unspoiled woods. 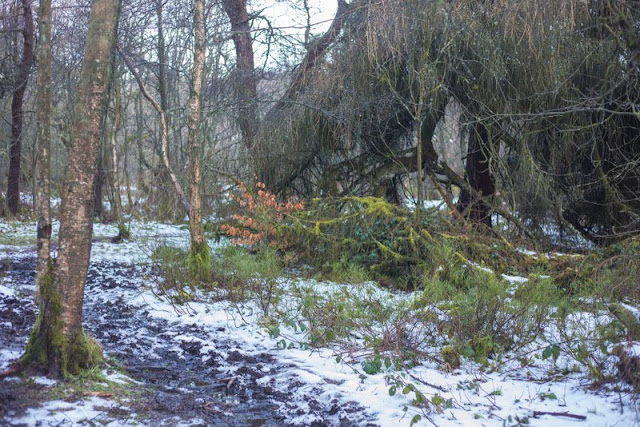 This morning felt like spring with a cacophony of bird calls including a song thrush and many tits punctuated with the occasional daw call from overhead as the commuters head west. This was all the result of classic thaw conditions. Yesterday the ground had been the hardest it had been and some paths still clung on to packed ice. 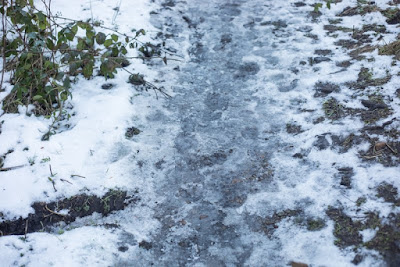 Elsewhere mud dominated which didn't concern the birds; they maybe were more influenced by the sound of running water.

But feeling positive should not lead us to neglect essential duties. Some things demand deference even in an age that has rejected it. 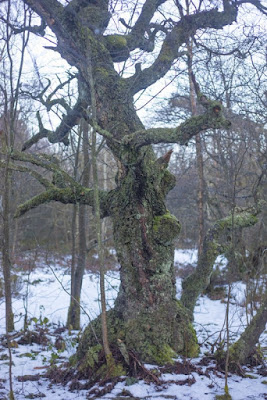 Humanity around here may not earn it but some natural features demand respect. Flippantly saying 'Hi' and 'being nice' risks some kind of deserved comeuppance.
Posted by Neil at 10:27 am No comments: