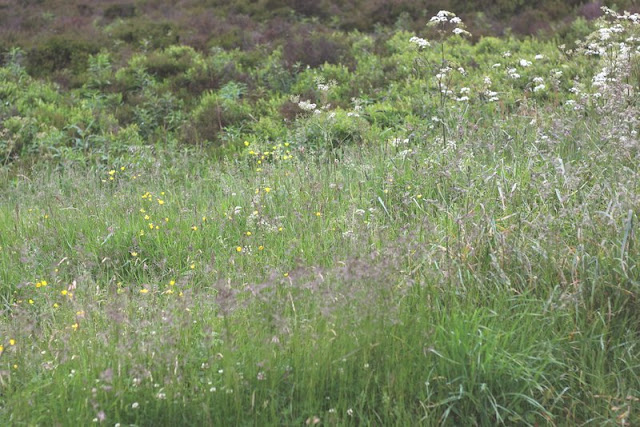 Nobody expects to see on the kind of soil up here the same range of wild flowers as you may see in a limestone dale. But there are some cheery common blooms that gladden the heart when we see them in summer. Or there should be. 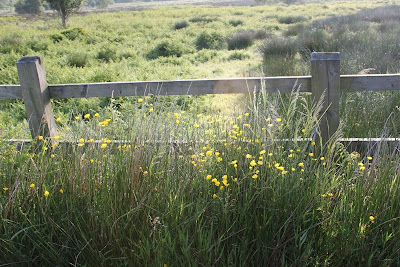 But this is Blacka's Berlin Wall. On one side we do see the flowers and tall grasses pleasantly fringing the path. On the other side of the fence we get the dour over controlled depressing farmed vegetation that reminds me of East Germany before the wall came down. 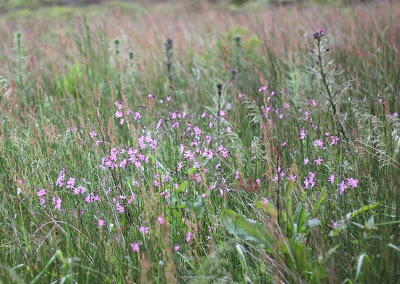 It is the happy mix that pleases even in common plants such as ragged robin and meadow buttercup some dominating in one place some in another and at other times each holding its own. 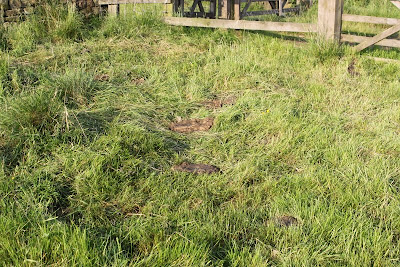 Once through the gate we're in the middle of it. What's not been chewed has been defecated over. Crop and crap management at its immeasurable best. Just what the C.A.P. ordered. Yellow flies, as ever, a bonus.The path as it winds alongside the birches now needs careful negotiation. 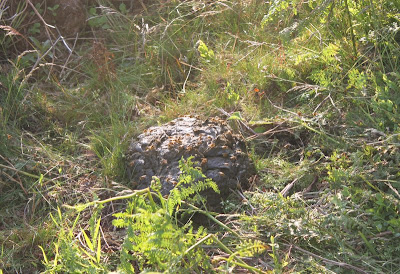 And on the other side of the path we get to see two of the strands of SWT's exemplary management operating in tandem. As I've said before, they don't come often but when they do they make up for their absence. 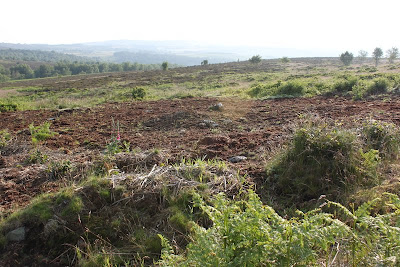 This is where they poisoned the bracken when nothing was growing below and where the cows have helped to ensure it stays like the yard of a slum farm.

A quick look further north reveals that there's been quite a bit of crop and crap going on around the spot that flower lovers visit in July for the bog asphodel.
Posted by Neil at 2:19 pm