I suppose the reason Mr Cameron calls it the Big Society is that he is implying he wants less "Big Government". But along the way the arguments for it have picked up a lot of the rhetoric for more localisation and more citizen power. Sheffield is probably typical of many places in that it now has a policy on Community Involvement, also known as Community Empowerment. We should be clear that there are many groups from various parts of the political and non-party political spectrum that have long been asking for these things. Many agree that neighbourhoods where people feel close to the decision making process are healthier and that the reverse of this leads to disengagement a lack of social responsibility, a belief that we are just little people with no clout and no influence; and that this in turn leads to a decline in our public spaces and public assets because people cease caring.

So "let's hand the assets over to the people" - is that what it is? Well, no it isn't. Somebody up there within Big Government will be making the decision who qualifies as able to run the Big Society projects. And who will they choose? Guess who? National Nature Reserves will be likely to be run not by local people or small scale groups well represented by local users who know the Nature Reserves well - a true community empowerment project, but instead by mega-charities like RSPB and National Trust and Wildlife Trusts - all huge organisations with impenetrable bureaucracies that are no better than Natural England and in certain cases much worse. For example how accountable will they be? How will we be able to challenge and scrutinise their decision making? They will control very carefully their release of information which will be vetted to demonstrate those things that are favourable to them. Lack of transparency will be consolidated by a lack of a Freedom of Information policy and a complaints procedure that is less rigorous even than that in local government.

Blacka Moor is now managed by Sheffield Wildlife Trust. Some will say that this is already an example of the Big Society at work. Are local people and those who use and know the site any more empowered, are we all better off and is the place in good hands? Do I need to say who benefits? 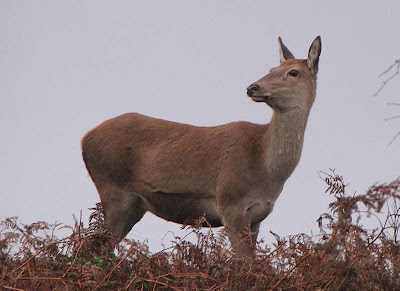