Time to look back at what the management of Blacka has achieved in more than ten years. We know the managers are preparing their next management strategy to get more funding so how have they done to date?

It’s worth saying that I’m not an ideological opponent of public spending just annoyed that some organisations receiving public funds behave in a way that plays into the hands of those who are, and who have a political agenda.

The argument will be made by the conservation lobby: if what we’ve tried has not worked despite our spending lots of your money then the solution we’ve come up with is to carry on doing much the same only more so with even more of your money. 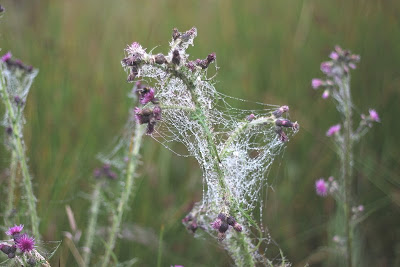 The ten year Countryside Stewardship Agreement between Natural England and Sheffield Wildlife Trust ends this year. That agreement will have cost taxpayers a starting sum of £61,322.50. That is simply the income arising from the contract signed for the C.S.A. between N.E. and SWT – an annual cheque of just over £6,000. On top of that more of our money has been handed to SWT through NE’s agency for particular tasks (capital works) that NE administer, though rarely, it has to be said do they monitor the performance. It’s simply handed over. These add up to another £17,958.23; over 60 of these grants were received by SWT under headings such as bracken clearance and scrub clearance ranging from £48.00 to over £4000.00. There was additionally a one-off payment of £8,500 for walling and fencing to enable cattle grazing on the moorland (unit 69 of the SSSI). Some of the large £750,000 grant which originally was granted by the HLF, also public money of course, for Blacka and other smaller sites was used for the barbed wire though it’s not possible to say how much without the active cooperation of SWT (most unlikely). The agreement also entitles SWT to various sums such as Single Farm Payment coming from the Rural Payments Agency which are less easy to pin down because of the lack of transparency around this system. Nevertheless I’ve been able to identify £13,577.61 for the period between 2005 and 2011 and that will be greater if other years including this one are added. I’m absolutely certain that other monies in the form of grants have been applied for and paid to SWT from various sources within for example council budgets and grants available for specific purposes and through government schemes etc. which SWT are usually pretty adept at finding. So one complaint that can’t be levelled at SWT – a charge that they don't know how to get hold of public money. 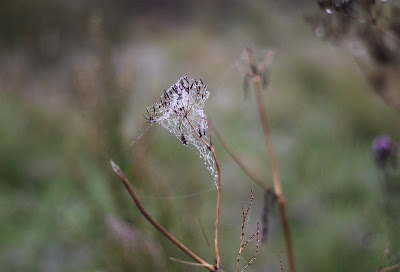 So the question has to be asked whether all this public money has led to a corresponding improvement on the condition of Blacka Moor even as judged by the standards that the conservation lobby itself uses. We must remember that the official NE description of much of Blacka Moor when SWT took over was ‘unfavourable’. As soon as a management plan was written and sent to NE that became ‘unfavourable recovering’, an automatic status conferred before anything’s been actually done; nothing to do with conditions on the ground, just the existence of a chunk of paperwork. As readers will know paperwork is what SWT feel at home with while work on site and on the ground is another matter, something to be reserved for a warm day when the atmosphere indoors gets oppressive.

So the relevant question has to be what has been achieved with our money over ten years? We can dismiss the ‘recovering’ status because it’s meaningless. So let’s look on the ground. The main aim was to prevent the heathland becoming more like woodland and to eliminate scrub and bracken and bramble. So given the £100k plus spent here you would expect to see less of those things and a much improved experience for visitors.

Now ten years on there is more bramble and more bracken and more birch scrub than there was then and the absurd declared objective of dealing with these and returning Blacka to a state which only ever existed in fantasy land anyway has been shown to be a nonsense. 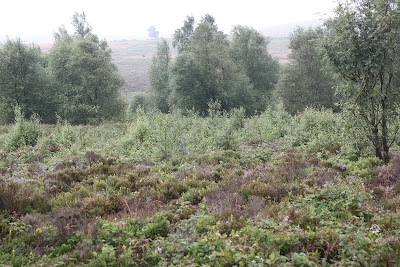 The parts of Blacka that were supposed to be kept as heather moor have now been encroached by the very things that they were supposed to be eliminating. This is not surprising. It was inevitable. The only intelligent and sustainable way forward is to allow nature to go its own way. If they call it a Nature Reserve what’s the point of fighting against nature? But these people declared war on nature and are losing on all fronts. It is an unwinnable war, one which just soaks up more and more funds on battles that the public should never have been forced to bankroll. The publicly employed and/or funded officers responsible for pushing for this wastage of public money should be named. I’ve avoided naming them before but no longer see the point in it: they are employed with public money and have always been reluctant to engage in discussion but we don't know what they say outside public scrutiny. They are, from SWT, Nigel Doar, former Director now (wisely) moved on, and Annabelle Kennedy the Reserves Manager (though the job title changes occasionally and now includes the word ‘greenways’ for some reason), from Natural England three officers: Richard Pollitt, Tricia Rice and Felicite Dodd, and Ecology Officer with PDNPA Rebekah Newman who sometimes claims to be ‘a member of the public’ when she turns up to public consultations. Their complacency needs to be seen to be believed. Public money on futile and ugly projects is there to be squandered. They know our money is being spent on projects that are futile and they have no conscience.

The next project for grabbing more of our money is Higher Level Stewardship which will bring in even greater rewards for futile tasks and guaranteeing managers jobs for another dozen years or so. Meanwhile any consideration of a sustainable future for the landscape covering 100 years or more is unlikely to be on the agenda because they are so tied in to the idea of ‘living landscapes’ or even 'working landscapes', something that, as they interpret it, can only be short term and which amounts to serving ‘the economy’, in simple terms exploiting the land for human gain. And their desk jobs are part of that economy. 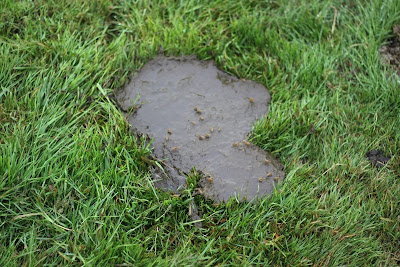 Looking at the state of the paths and grassy areas brought back a memory of a letter sent to the Sheffield Telegraph some years ago shortly after our campaign started to keep farming practices off the moor. It was by someone signing themselves ‘anonymous’. There’s a fair chance I know the writer but of course can’t be certain; I have two main suspects, one of them having been already mentioned in this post. It’s also a possibility that it was actually written by a member of SWT masquerading as a ‘member’ of the general public – nothing would surprise me. Not long afterwards a manager with SWT knowingly told serious lies in an email to councillors. That manager is still with SWT and remains responsible for Blacka Moor, and has never apologised, which says a lot about the organisation and perhaps more generally about people who find it easy to live with failing to take responsibility for their actions.

The letter referred to took the line of disapproving of those who opposed the bringing on of cattle and barbed wire fencing claiming that this move on the part of SWT was generally welcomed by those who had been consulted. He/she made particular reference to this blog and contrived to mix servility towards the wildlife trust (no less) with ridiculously sanctimonious comments in an attempt to sound magisterial. That was hardly helped by him recounting a patently untrue story that he/she took a baby son onto Blacka when only 5 days old. Days! I remember thinking when I first read that letter that he must have a really low opinion of the intelligence of the readers of the Sheffield Telegraph if we were expected to believe this. But many who were not put off by the lack of credibility would surely have little respect for the judgement of anyone doing this. For myself I’ve always resisted those who use fake lyricism such as ‘dappled sunlight’ - see below- for political ends.

Anyway the point of returning to this is that we are now at the end of the officially approved (by NE) 5 years management plan and the 10 years Countryside Stewardship Agreement that brought conservation grazing onto Blacka Moor, things the writer of that letter would have supported (or even authored). According to the writer he “used to picnic with my young children on a small sunny clearing by a small stream. In fact I have a photograph of my son at five days old laying*on the grass there in dappled sunlight with his sister and brother.” That word rather spoils the effect don’t you think? And it was lack of management he/she claimed that had caused this fictional paradise to disappear. So where does this support for conservation management leave us after a considerable period of highly subsidized grazing? The answer is there for any to see who have the eyes and are prepared to open them and very hygienic it looks too. I wonder what that letter writer makes of it. 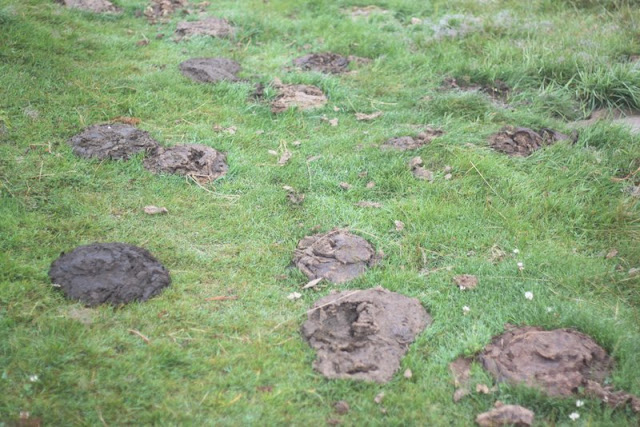 The truth is that the kind of result that this person claimed to want is simply unattainable. To deal with the bracken and the trees to produce an effect that he wants can only be achieved in dreamland. Once nature has gone so far in reclaiming a previous intensively farmed grouse moor the only way it will return to a grouse moor is with the most draconian and expensive intervention that will leave aspects of the land much the worse in order to remove those things he doesn’t like: lots of chemical herbicides and hundreds of cattle and sheep plus much more fencing across the site to contain the animals and direct their attention to target areas. And the whole programme would need so much grant funding that it would be utterly unsustainable - to invoke the word that conservationists so love. Even then should it be remotely possible the place would have lost so much that it has gained since nature began to reclaim the land: red deer and songbirds to start with.

At the time I invited the writer of the letter to debate with me. He/she did not respond. Possibly because in doing so she/he might have revealed an identity and role within the conservation industry?