It's well known that  Roe Deer are territorial with resident bucks at no time tolerating others, meaning a typical group consists of a buck with two or three does. That's the maximum number you're likely to see at any time.  By contrast Red Deer are herd animals and larger numbers may be seen.  But what is a herd? I'm pretty sure the majority of people would understand that a herd stays together all of the time as can be seen in the enclosed parkland of some stately homes.

Out here where Red Deer roam at will they can make their own choices and that can be rather more interesting. It's true that outside the rutting period stags and hinds are often seen in single sex groups. And those groups can be quite large. But observation on Blacka shows that some animals don't conform to the trend. Recently mentioned has been the stag who keeps with a small group of hinds at this time of year. Then there are the immature stags who stay with hinds for several years. Blacka is also home to a frequently met couple, a hind and her single young offspring who have stayed together devotedly for well over a year and seem to have no wish to join other groups. 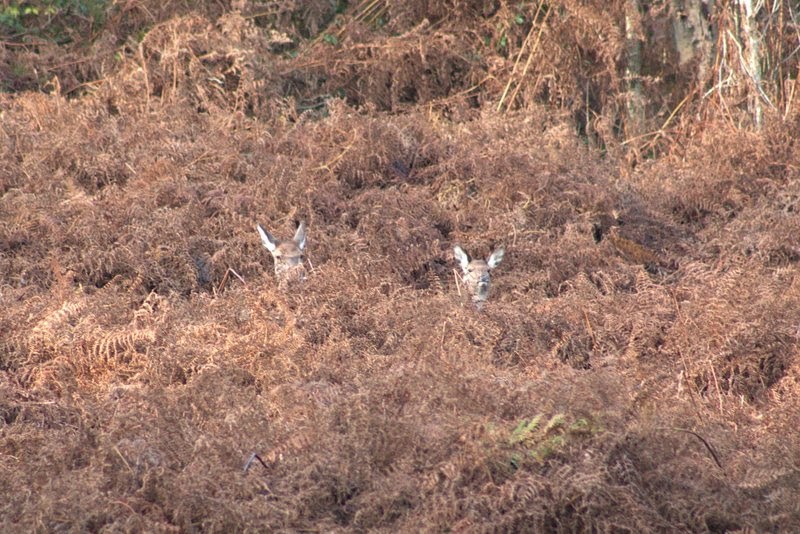 They were lying up in the bracken today sheltered from the keen north east wind, heads only visible. What wonderful stuff bracken is for these animals. It's also great to look at now, infinitely more appealing than heather or well grazed grass.

The main mixed group were elsewhere in the woods, another secure hiding place. 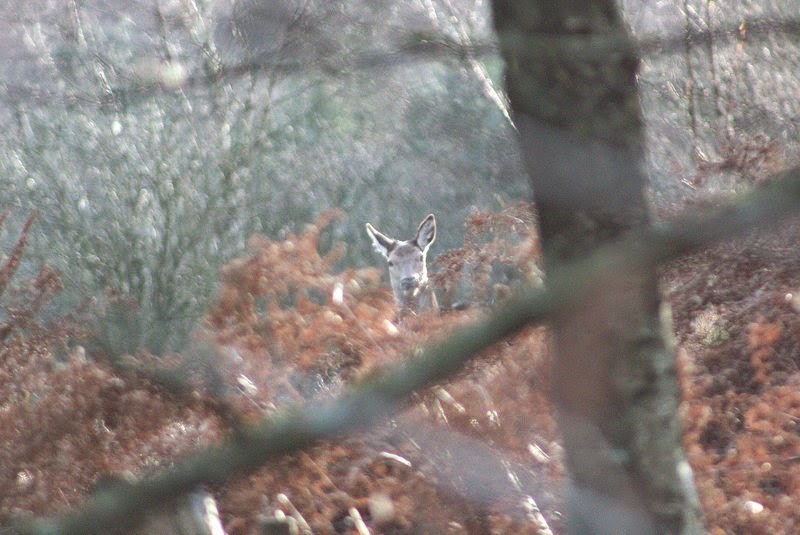 There were hinds plus a varied group of young including one yearling stag. 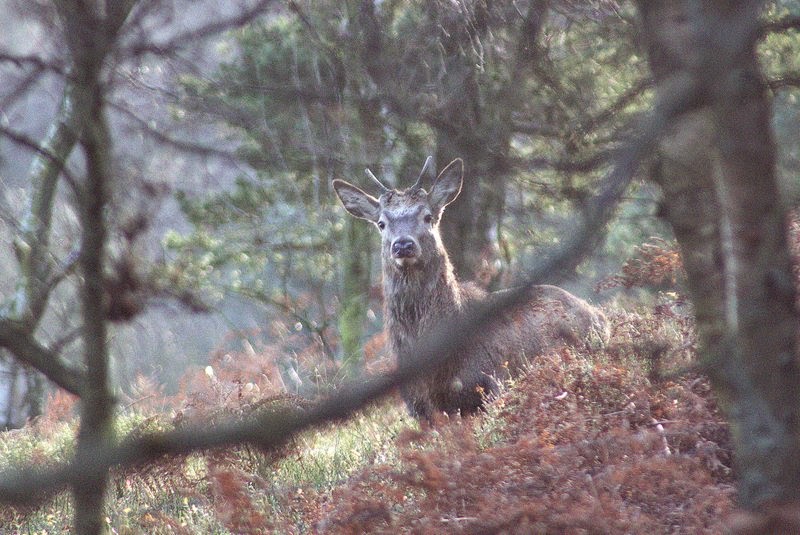